An exceptional and organised Tutor, is required for a full-time, home-schooling role with a young boy, aged 5. The position, commencing in July 2023 and potentially lasting for several years, will be predominantly based in Charleston, USA, but will involve regular travel within the US and Europe, mainly UK and Italy. Both high-level mathematics experience and fluency in Mandarin are requisites for the role.

The student, a bright and curious 5-year-old boy, started attending a Montessori kindergarten in August 2022. Although young for his grade, he is doing very well at school. The school day involves self-guided learning in the morning and spending the afternoon outdoors. This has helped him learn to socialize and be away from home during the day, and it has been beneficial for his behavioral learning and rule-following. While they have started with phonics and very basic mathematics, his parents do not believe he is being challenged academically. Last year, his parents engaged a tutor to work with the student one-on-one and he really enjoyed this personally tailored format that focused on him being challenged, as well as encouraged his enjoyment of learning.

The young man is a mix of shy and gregarious. When he is in a new situation, or in a big group of people, he’s shy. When with his favorite people, he’s ebullient and talkative. A gentle, trusting child, he does not throw tantrums or behave boisterously as lots of young boys his age can. The family are close knit and he enjoys spending time with his grandparents and cousins as often as possible.

Most importantly, he loves building and inventing things, especially Lego. His intrinsic curiosity and creativity are high. He has a long attention span and can remain engrossed in a Lego project for hours. He has completed invention lessons with Outschool but became frustrated about only planning and not physically building his inventions. Currently, he does a weekly extracurricular Lego & Robotics course, which also includes elements of 3D printing and robotics, that he truly loves.

The student is very strong in mathematics. Having discovered ‘Numberblocks’ when he was 3, he quickly picked up basic arithmetic. He enjoyed learning about numbers, starting with multiplication to simplify adding, then squares, roots, division, exponents, and more. By 4, he was comfortable doing his times tables up to 12 or 13. He quickly picked up fractions and can reduce fractions and do basic fraction arithmetic. His insights into computations can be very advanced, for example, he computed 113 by doing 103 + 112 + 102 +102+ 10. At 5, he is already comfortable with 4th or 5th grade mathematics.

His reading and writing is average for his age. At school, he is on par with his classmates. He enjoys being read to, and he likes creating his own stories and making them into books, but he does not enjoy the process of learning to read. He began reading and writing early but when encouraged to learn to read more formally, he reacted negatively. He has been able to recognize and write all the letters of the alphabet independently since he was 3 and is now beginning to sound out words and write them. For example, he recently wrote his cousin a letter when he was mad at her for winning a board game, where he spelled cheating as ‘ceeteeg’ and meaner as ‘menr’.

The young man has had an au pair from China since 2019, and despite not following any formal curriculum, is now a fluent Mandarin speaker as well. She estimates his level to be equivalent to a 7- or 8-year-old native speaker. He can already read and write a few Chinese characters.

The student's weakness at school is primarily behavioral. When anything feels hard, he gets frustrated and stops doing it. He is a self-guided learner who learns by asking lots of questions. Conversely, he doesn’t take learning direction well. As with most children his age, he’s often reluctant to clean up after himself, and can be a sore loser at board games.

His biggest extra-curricular interest is Lego. He also enjoys watching Wild Kratts and learning about animals and geography. So much so, that he often talks about saving animals and wanting to be vegan. His newest fascination is Pokemon. He particularly likes how they correspond to different animals, how they can evolve, and how there is strategy in battles (for example water-type Pokemon are good versus fire-type Pokemon).

The young man enjoys arts and crafts and draws well. He likes singing and dancing and has expressed an interest in learning to play the guitar. He also enjoys cooking and baking, and often jumps in to help with simple recipes like banana bread. Having grown up next to the ocean, he is also a very good swimmer.

Role of the Tutor

This is a full-time, home-schooling role and as such, the Tutor must be a flexible, enthusiastic, and broadly capable educator. The family enjoy travelling and plan to spend several months a year away from their main Charleston residence. Excellent organisational skills are a requirement, not only in terms of curriculum design and delivery, but also in maintaining a tidy workspace and excellent records.

The Tutor will need to have previous experience teaching primary aged children. The family would like someone who can help him see the value in working hard at something even when it feels hard. They would like him to learn to love practice and learning, not just being good at something. The ideal tutor will be someone who can adapt to the direction the student wants to go, while gently guiding him through the curriculum – someone able to nurture his autonomy while building some discipline. A Mandarin speaker would be essential, as the family would like him to start learning to read and write in Chinese.

While ambivalent about hobbies that involve being in front of a screen, the parents would also like to introduce the student to coding and programming. Encouraging him to participate in more individual sports like running, swimming and climbing would be expected.

The appointed candidate will be highly educated, intelligent, well-travelled, responsible, practical, and down-to-earth, with a strong sense of fun and a wide range of personal interests they can bring to the role. The Tutor needs to be physically fit and active.

The Tutor will be expected to work with the student for around 40 hours per week, with preparation in addition.

The Tutor will be entitled to an average of two consecutive days off per week, normally at the weekend, but may need to be flexible regarding the family’s travel plans and the student's other activities.

The Tutor will be entitled to a minimum of 9 weeks holiday (45 working days) per year, to be taken during school holidays and at times agreed upon with the family. The Tutor will be flexible with respect to any changes in schedule, be they travel-related or otherwise and will adapt accordingly. The Client will strive to give up to two weeks’ notice of any planned alterations to plans already agreed.

The Tutor would be housed either in a separate living space in the Client’s Charleston home that includes a bedroom, bathroom, kitchenette, and its own entrance, or an apartment will be found on the island within walking or biking distance. The Client prefers the Tutor be on-site but is willing to provide off-site accommodation if the Tutor doesn’t like the on-site option.

The Client will ensure that the Tutor stays in private accommodation when travelling. All expenses will be covered by the Client except for the Tutor’s personal phone bill and fuel.

While a car will not normally be provided, the Client will provide a transportation allowance for use with ride hail and other forms of transit.

The Tutor must always prioritise the safety and well-being of their charge, including taking precautions in their own life to minimize the young man's exposure to infectious diseases and avoiding potentially dangerous situations outdoors.

The ideal applicant will have plenty of experience, enthusiasm, and energy. They must be capable of adapting their teaching to fit the variable circumstances of working with a young boy at home or while travelling. Charleston has been named the top city in the USA by ‘Travel and Leisure’ for the last ten years and has a very favorable climate that makes it possible to be outdoors or on the water for up to 10 months a year. The Tutor is expected to make full use of this special location in their work.

Primarily, the family are looking for an inspiring individual who can help the young man with, not just his educational, but behavioral and social development as well. A facilitator of experiences and adventures that allow his imagination to soar. 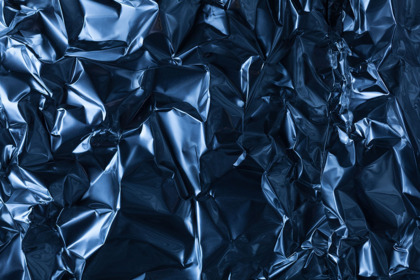 Based in Charleston, USA with frequent travel

Starting in July 2023 for 14 months initially

As soon as possible 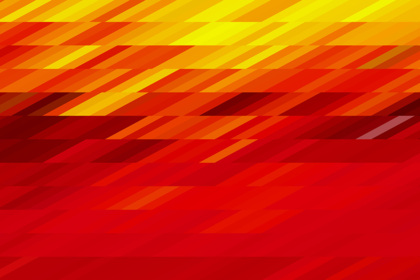 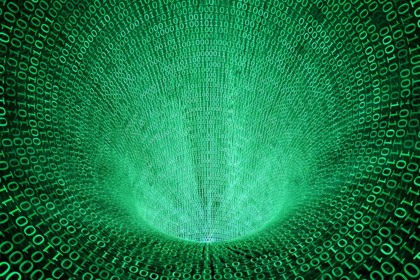 As soon as possible

Register in our database or apply for positions online